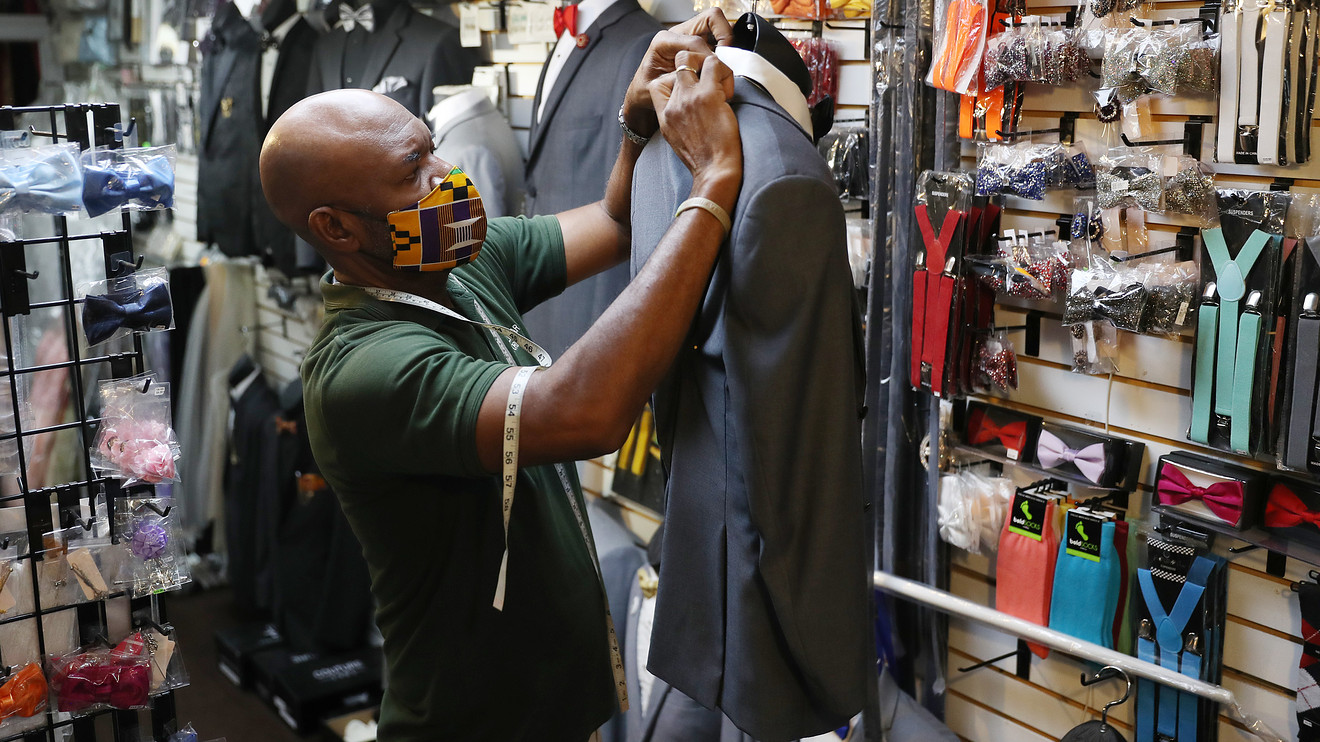 Though all small businesses have been battered during the coronavirus pandemic — between government shutdown orders, suddenly high unemployment rates and consumer spending worries — Black-owned businesses have felt it especially hard.

These businesses have been hit with a vicious one-two punch, according to new findings from the Federal Reserve Bank of New York. Black-owned businesses happen to be located in COVID-19 hot spots and they didn’t get much protection from the stimulus bill’s Paycheck Protection Program, researchers said this week.

The conclusions have implications for federal lawmakers as they debate another financial rescue package, the researchers added.

“To have the greatest impact, the next round of COVID-19 relief should be more targeted geographically to focus on the hardest hit areas and communities that lack critical infrastructure (hospitals, banks) to ameliorate the gaps,” wrote Claire Kramer Mills, assistant vice president, and Jessica Battisto, senior analyst.

Don’t miss:Fed’s Evans says the power to get the economy going lies with Congress

The new study builds on a startling premise from previous research: the number of active Black-owned businesses declined by an estimated 41% from February to April. There were almost 1.1 million active Black business owners in February and nearly 640,000 in April, University of California at Santa Cruz economist Robert Fairlie previously projected.

During that same period, the number of white-owned businesses declined 17%, from 10.5 million to 8.7 million, Fairlie said. There was a 22% national average decline across all demographics, he noted.

The big question for all businesses, Fairlie noted, was whether that inactivity was temporary or permanent.

The latest findings suggest Black-owned businesses have a higher hill to climb if those closures are to be temporary.

The new research extended Fairlie’s analysis to the June timeframe. Of the eight states with the largest number of Black businesses, just two, California and Florida, didn’t have net declines in Black business ownership from February to June, the Federal Reserve Bank of New York researchers said.

See also: Five ways to support black-owned businesses: ‘It’s not rocket science – people just choose not to do it’

Forty percent of Black-owned business receipts come from 30 counties, concentrated in and around American cities, the study said. Nineteen of those 30 counties had the nation’s highest number of COVID-19 cases as of early July, they added.

That means businesses in these locations might be facing, or coming out from, government shutdown orders. Furthermore, owners and workers at those businesses might be sickened and coping with fewer customers coming in, the researchers said.

Black and Latino communities account for a disproportionate share of the coronavirus’ hospitalization and death toll in America, other researchers note.

Many Black-owned businesses may have missed the Paycheck Protection Program

Even before the pandemic, Black business owners, compared to their white counterparts, more often had to use their own money instead of a business loan. They also usually received smaller amounts than they were seeking , according to the Federal Reserve Bank of New York’s 2019 Small Business Credit Survey.

All told, 58% of Black-owned businesses were “at risk” or “distressed,” compared to 27% of white-owned small businesses, the same survey said.

Congress created the Paycheck Protection Program so small businesses had potentially forgivable loans to weather the outbreak and keep the lights on. But businesses sent their applications in through banks, and a previous relationship with a bank could be an important ingredient for success.

In the 30 counties where many Black-owned businesses are clustered, the federal government typically extended loans to 15% to 20% of the businesses in the county. That tracked around the national average, where PPP money went to 17.7% of businesses in an average county.

But some of those 30 counties saw far less PPP money. For example, 7% of Bronx, N.Y. businesses and 11.3% of Queens businesses received PPP loans. In Wayne County, Mich. — which encompasses Detroit — 11.6% of businesses got the money, and 13.5% of Baltimore County firms got the loans, the data showed.

The stock market has been on a wild ride in recent months. The Dow Jones Industrial Index DJIA, +0.61%, the S&P 500 SPX, +0.36% and Nasdaq Composite COMP, +0.35% closed higher Tuesday, as investors tracked round two of the potential fiscal stimulus.